According to Moroccan website Le360, Morocco’s intelligence also helped to disclose the shelter of November 13 Paris attacks’ mastermind Abdelhamid Abaaoud, located in Saint-Denis, a commune in the northern suburbs of Paris. Abaaoud was killed on November 18 during an anti-terrorist raid in Saint-Denis. 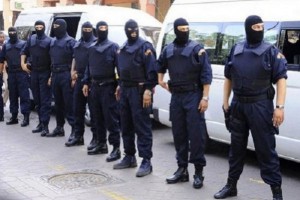 “Several attacks, recently planned in some European states, including France, Spain and Belgium, were foiled due to exchange of important information between the Moroccan security services and their European colleagues,” Khiame said in an interview to the Belgian newspaper Derniere Heure.

On November 13, extremists wearing explosive belts and carrying automatic weapons attacked several sites across Paris, killing at least 130 and injuring over 350 at restaurants, the Bataclan concert hall and in the vicinity of the Stade de France sports arena. The Islamic State (IS or Daesh in Arabic) terrorist group, which is outlawed in Russia, claimed responsibility for the attacks in the French capital.