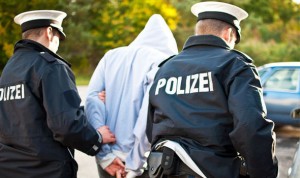 Austrian police have arrested a 25-year-old asylum seeker from Morocco on suspicion of planning an attack during the holiday season in the city of Salzburg, prosecutors said on Tuesday.

A search on Monday of an accommodation centre for asylum seekers in the town of Fuschl am See, where the man was living, found ‘no materials clearly required for the execution of an attack’, the Salzburg prosecutors’ office said in a statement.

It could not, however, be ruled out that he was planning an attack, a spokesman added. The formal accusation against the suspect is that he belongs to an unspecified ‘terrorist organisation’.

Independently of the arrest, Austria is deploying more police at busy public places and tightening other security measures in response to Monday’s attack on a Christmas market in Berlin in which 12 people were killed.

‘The police were informed in recent months that unidentified men had discussed an alleged terrorist attack in Salzburg in the period around Christmas/New Year,’ the prosecutors’ office said, describing the Moroccan as the main suspect.

Salzburg, near Austria’s border with Germany, is one of the country’s main tourist centres, famous as the birthplace of Mozart and known for its Christmas market.