You are here: Home / MidEastGulf / More than 90 percent of Syria’s Raqqa in U.S.-backed militia’s control 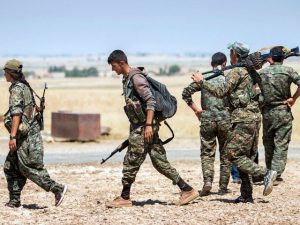 The U.S.-backed Syrian Democratic Forces (SDF) have seized more than 90 percent of the city of Raqqa from Islamic State, the Syrian Observatory for Human Rights said, according to reuters.com.

The SDF, an alliance of Kurdish and Arab militias, launched their offensive on Islamic State in Raqqa in June, backed by U.S.-led air strikes and special forces on the ground. The city had served as Islamic State’s de facto capital in Syria.