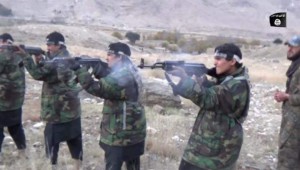 Kerala is shocked over the Islamic State (IS) terror module operating deep inside the state for long. The National Investigation Agency probe on the 21 missing persons from Kerala has unearthed that more than 30 youths from the state had attended IS training camps in Afghanistan and many had returned to the state to run the sleeper cells.

The investigations also revealed that many educated Muslim youths from the state who were working in Gulf countries had strong links with IS terror networks and were in close contact with the prophets of terror. And some of the NRI businessmen from Kerala funded their activities.

“The image of secular Kerala is a vanity. The state has been a breeding ground of terror networks. Many organisations and religious outfits were facilitating their activities,” a senior police official told India Today.

“It’s not limited to radical Muslim outfits. Even the so called religious groups which claim secular credentials promoted the prophets of terror,” the officials added. According to him, the handlers of terror outfits have used social media effectively to recruit the youths from the state without alerting the police and intelligence agencies.

Hell broke out when the state came to know about the 21 persons including four families that left the state to join Islamic State in May last year. Later NIA has taken over the investigation to track the terror network operating in the state. NIA arrested seven persons including Subahani Haja Moideen who fought for IS in Iraq.

DETAILS OF THE CASE

31-year-old Subahani who is a native of Thodupuzha in Idukki district was a major breakthrough as he had identified key persons in the network. NIA identified Sajeer Abdulla Mangalaseri as the chief of the IS network in Kerala. 35-year-old Sajeer, a Civil Engineer from National Institute of Technology, Kozhikode and a Salafist who hails from Moozhikal in Kozhikode has been recruiting people from Kerala in IS fold.

“His involvement in IS recruitment is a new revelation. He has no crime records and has been working in UAE since 2004. His family has no knowledge about his involvement with terror networks,” a police official in Kozhikode revealed to India Today.

To his family and relatives, Sajeer is deeply religious and a silent man. “He was a bright student and his father died 10 years ago. He was more of an introvert,” his neighbor Azeez Mohammed told India Today.

His family told the police that he has been sending money to them and occasionally spoke to them over phone. But intelligence agencies believe that Sajeer is no more working in UAE and hiding somewhere in Afghanistan and in close contact with the missing persons from Kerala.

Investigation agencies have identified few others who were in touch with Sajeer’s instagram group.