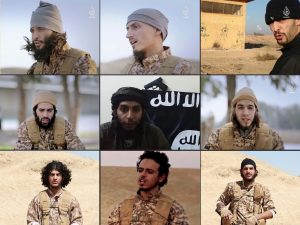 Despite Daesh losing its territory in the Middle East around two years ago, over 10,000 of the group’s fighters remain active “in small cells” between the countries of Syria and Iraq, according to new statements from Under-Secretary-General of the United Nations Counter-Terrorism Office Vladimir Voronkov.

Speaking before the United Nations Security Council (UNSC) on Monday, Voronkov detailed that not only are there more than 10,000 Daesh fighters between Syria and Iraq, but attacks committed by Daesh personnel have also increased within the past year.

Voronkov expressed that “there is a continued trend of attacks by individuals inspired online and acting alone or in small groups, which could be fueled by [Daesh’s] opportunistic propaganda efforts during the COVID-19 crisis,” as reported by the Associated Press.
Voronkov’s remarks to the UNSC follow a recent report issued from the US Department of Defense Inspector General’s Office, which detailed that Daesh militants “conducted a surge of attacks during Ramadan and exploited restrictions placed on security forces due to COVID-19 to conduct more attacks.”

Despite a ramping up of attacks in the region, the US-led Combined Joint Task Force – Operation Inherent Resolve asserted that Daesh “is not resurging.”

“In non-conflict zones, the threat appears to have decreased in the short term,” Voronkov told the UNSC. “Measures to minimize the spread of COVID-19, such as lockdowns and restrictions on movement, seem to have reduced the risk of terrorist attacks in many countries.”
According to the under-secretary-general, Daesh and other terrorist organizations are looking “to exploit the far-reaching disruption and negative socioeconomic and political impacts of the pandemic.”

Ambassador William Roebuck, the US deputy special envoy to the Global Coalition to Defeat ISIS, recently warned Washington officials that northern Syria’s al-Hol refugee camp, an area that houses those displaced by wars in Iraq and Syria, as well as captured Daesh militants, could be a breeding ground for terrorism, adding that Daesh “remains a significant threat.”
“And that’s why the military presence is still there and that’s why the coalition remains engaged, to prevent [Daesh] from resurging,” he said, as reported by 13 News Now.