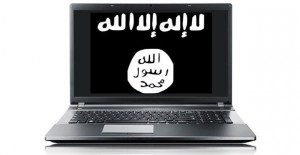 Propaganda strategists for the Islamic State in Iraq and Syria (ISIS), which has tasted success in recruiting Malaysians for its violent movement across the Middle East, are making its reading materials in Malay more accessible online to penetrate deeper into pure Malay-speaking communities.

There are six or seven ISIS websites, forums and blogs in Malay, said The Malaysian Insider (TMI) news site, and none has been shut down even though the authorities are aware of their existence.

The sites carry “articles” that glorify ISIS fighters, especially those from Malaysia and Indonesia, and give information on ISIS’ activities in the Iraqi and Syrian provinces it has conquered, TMI said.

Online recruiters for the terrorist group – which is notorious for releasing brutal videos showing executions of its foreign hostages – also turn to forums and blogs to tell tales of martyrdom and life with ISIS to draw sympathy among Malaysians and Indonesians.

One such online platform identified is the Isdarat Daulah Islamiyah, a portal containing articles extracted from the ISIS magazine Dabiq and translated into Bahasa Indonesia and Bahasa Malaysia.

The servers of these websites are located outside Malaysia and Indonesia to avoid detection by the local authorities, said Datuk Ayob.

ISIS’ official radio station Al-Bayan broadcasts pre-recorded English and Arabic shows which are available on YouTube. These shows are said to attract between 700 and 2,000 visitors.

“Before this, they took a ‘defensive approach’, that is to respond to the accusation made against them and it was done either in Arabic, English or Indonesian language,” International Islamic University Malaysia’s political science and Islamic studies lecturer Ahmad El-Muhammady was quoted as saying by TMI.

“Now, they have changed tack,” he added.

He noted that the pro-ISIS cybersphere is now abuzz with the term “jihad media” (al-‘ilami al-jihadi), which was coined by jihadi ideologue Abu Sa’ad al-Amily to encourage young people to join the ISIS media team.

A soft copy of his book on “jihad media” has been translated into several languages, including Bahasa Indonesia, and is making its rounds on Facebook.

The Malaysian Communications and Multimedia Commission’s monitoring and enforcement division head Zulkarnain Mohd Yasin told TMI that the agency has compiled a list of the ISIS Malay websites but would not release it to the public.

“So far, we have not blocked any such website but we did take down a few videos on YouTube,” he said.

ISIS has ramped up its activities in South-east Asia so effectively that there is now an entire military unit of terrorists – who call themselves the Katibah Nusantara (Malay Archipelago Combat Unit) – recruited from Indonesia, Malaysia and Singapore, according to Singapore’s Prime Minister Lee Hsien Loong.

Highlighting that “South-east Asia is a key recruitment centre for ISIS”, Mr Lee said at the Shangri-La Dialogue in Singapore last month that the group included more than 500 Indonesians and dozens of Malaysians.

The militant group then began a lightning offensive in north-western Iraq during which it seized a second city, Mosul, before sweeping across much of the Sunni Arab heartland bordering autonomous Iraqi Kurdistan.

Last June 29, it declared a “caliphate”, a form of Islamic government, across the territory it had seized in Iraq and Syria.