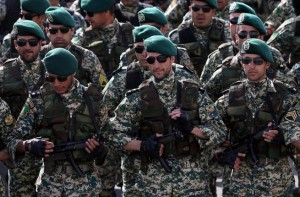 A senior Iranian official said late Friday that his country has sent more troops to fight alongside the regime of Bashar al-Assad in Syria, according to Iran’s semi-official Fars News Agency.

The agency quoted General Ramazan Sharif, spokesman of the Revolutionary Guards, as saying that “Iran increased the number of its soldiers in the region” as part of a new ground offensive in Syria.

Iran has been supporting the embattled Assad regime and has lost eight senior military officers inside Syria in recent weeks.

At least 250,000 people have been killed since the Syria conflict began in 2011, with 7.6 million internally displaced and over four million having fled to other countries.