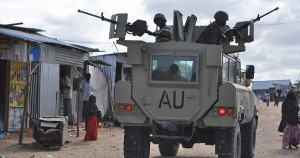 The African Union Mission in Somalia (AMISOM) has called for additional forces to facilitate operations in Somalia as the conflict-torn nation held elections amid constant threats from Al-Shabaab.

The call was made after a meeting between Chiefs of Defence Forces of Troop Contributing Countries (TCCs) of AMISOM on Friday in Ethiopia’s capital Addis Ababa.

The meeting was held to review the progress made in the provision of security in support of the electoral process in Somalia, as well as to consider options for strengthening the AMISOM operational effectiveness in light of future offensive operations, according to an AU statement on Saturday.

In this regard, the meeting stressed the need for the UN and the international community to support additional forces of up to 4,000 troops for a maximum period of six months to conduct offensive operations.

Chiefs of defence forces of TCCs, namely Burundi, Djibouti, Ethiopia and Kenya, and the defense representative of Uganda attended the meeting.