You are here: Home / Senza categoria / (Mis)understanding the sociology of ISIL 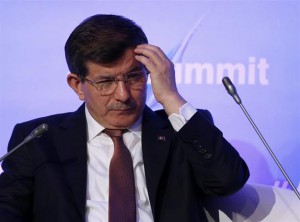 When the Islamic State of Iraq and the Levant (ISIL) was making territorial advances in Iraq and Syria and releasing its first video productions in August 2014, its Turkish diagnosis came from Prime Minister Ahmet Davutoğlu: “Past anger [of], alienation and insults [against the Sunnis] have caused a reaction [which is ISIL]. Such an accumulation of anger [ISIL members’ anger] would not have existed if Sunni Arabs in Iraq were not alienated.”

This theory is in line with the official Turkish narrative on why jihadist terror kills in non-Muslim lands: rising racism and enmity against Islam.

In conclusion: 1. ISIL emerged because the Sunni Arabs in Iraq were alienated and insulted, and 2. ISIL attacks in Europe because of racism and enmity against Islam. But which one of the Turkish theories explains ISIL’s attacks in Turkey resulting in over 100 deaths in a span of three months? Were Sunni Turks or Arabs alienated in Turkey? Were they insulted in Turkey? Has there ever been racism and enmity against Islam in Turkey? Not the kind of questions this columnist expects the prime minister to ask himself; he will not change his mind that ISIL’s sociology features an etymology based on Sunni alienation.

But Mr. Davutoğlu should sit down and ask himself at least one practical question, if not sociological: Why do the Turkish security forces have the habit of detaining hundreds of suspects after, and not before, every terror attack? They detained nearly 70 ISIL suspects right after the Sutanahmet attack – suspects apparently known, with their residential information, to the anti-terror police.

One reason why Turkey’s anti-terror efforts often –but not always– fail is because the real terrorists walk free while hundreds of others the state views as terrorists are behind bars, including journalists. Those terror suspects are usually the kind of people who have never seen a bomb in their lives. Those who enjoy their liberty until they decide to kill themselves along with others have.

Mr. Davutoğlu, a former academic himself, should be advised to use the findings of useful scientific research in reaching credible conclusions, instead of stereotypes and shy euphemisms containing words such as “Sunni, alienation, insults and anger.” One such work that may be useful to understand ISIL’s sociology inside Turkey has just been released by Kadir Has University.

The study, “Survey of Social-Political Trends in Turkey 2015,” found that 13.6 percent of Turks do NOT view ISIL as a terrorist organization (8.4 percent said it is not, while 5.2 percent did not have an opinion.) That makes nearly 11 million Turks. Those who firmly believe that ISIL is not terrorist alone makes over 6.5 million Turks. Similarly, 22 percent of Turks (over 17.5 million people) do NOT view ISIL as a threat to Turkey.

The research revealed another finding Mr. Davutoğlu should explore (but definitely will prefer not to). Asked about the jihadist attacks in Paris last November, a “marginal” 3.3 percent of Turks ticked the option “France is a country that oppresses Muslims; so it deserved [the attacks].” Marginal, really? Well, yes, 3.3 percent just makes about 2.6 million people!

Now Mr. Davutoğlu can sit down and seriously think whether 11 million Turks who do NOT view ISIL as a terrorist organization are really insulted and alienated Sunni Muslims who are angry at rising racism and enmity against Islam in Turkey.