You are here: Home / Senza categoria / Minister for Internet Safety and Security urges tech firms to step up fight against Isis online

Experts estimate that an average of 200,000 tweets supporting Isis are sent every day 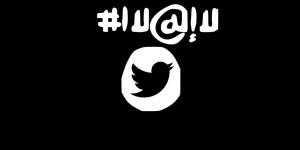 The world’s biggest internet and social media companies must work together to step up their efforts to combat the “digital threat” posed by Islamic State, the Minister for Internet Safety and Security is expected to tell technology leaders at a conference on 17 January.

Baroness Shields will call for a “co-ordinated” international response to the “warped world-view” being spread online and urge companies and nations to work jointly to “reclaim” online platforms from Isis and other terrorist groups who “exploit freedom of expression and openness” to encourage violence.

“While air strikes are degrading their positions in Iraq and Syria, Daesh [Isis] are fighting a second war for the hearts and minds of the next generation, spreading a warped world-view online,” Baroness Shields will say in an address to the Digital-Life-Design Conference in Munich.

“They [Isis] produce Hollywood-style recruitment films that glorify violence and use game-quality CGI to add excitement and interest – propaganda that romanticises a life that bears no resemblance to the hell that is the reality on the ground.”

Experts estimate that an average of 200,000 tweets supporting Isis are sent every day, and one of the group’s murder videos was reported to have been viewed 150,000 times within 48 hours.

Baroness Shields is expected to praise the measures undertaken by the digital industry to clamp down on extremist material, noting that YouTube took down 14 million videos last year and Twitter suspended 10,000 Isis-related accounts in one day. But she will warn: “There are no borders or boundaries on the internet and groups like Daesh know that.”

Lawrence Ampofo, director of communications consultant Semantica Research, said tech companies were an “easy target” for blame in relation to extremist propaganda posted on the web. “There’s only so much they [tech companies] can do because if they do take people down they often come back stronger – we call this digital resurrection,” he said. “The followers are waiting for them [to come back] and it’s almost like a martyrdom because they have such strong anti-government messages.”