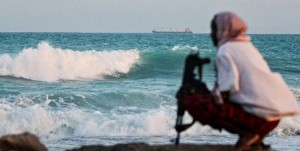 Military incursions on and off-shore Somalia have helped end piracy attacks on key shipping routes around the Gulf of Aden, new data showed even though maritime experts called for caution.

The current lull solidifies a trend since May 2012 when the last successful hijacking took place, raising hope for more reliable shopping services and lower cost of goods leaving and entering the east African market.

“Encouragingly, in the second quarter of 2015, no reports were received off the coast of Somalia,” Pottengal Mukundan, director of the International Maritime Bureau (IMB) said.

“Although no attacks have been reported off Somalia, IMB advises that the security situation in the Horn of Africa remains uncertain. IMB urges ship masters to remain vigilant when transiting these waters and to adhere to the industry’s best management practice.”

Piracy off the coast of Somali has in the past few years cost the global shipping industry billions of shillings in ransom pay-outs to secure captured vessels, cargo and crew.

The menace has also led to increased operational costs due to higher insurance premiums and use of longer alternative routes round the Cape. Not forgetting hiring of special security personnel to escort vessels through the Gulf of Aden and other measures such as watchtowers and razor wire.

Prices of basic industrial and household items have also risen sharply after shipping lines passed on the additional costs to consumers down the supply chain.

A deployment of naval forces around the Gulf of Aden has helped lower the incidents of piracy attacks in the past two years.

International navies have stepped up pre-emptive action against pirates, including strikes on their bases.

But even as piracy off the shore of Somalia seems contained, authorities in hotspots around the world registered mixed trends.

In South East Asia there has been sustained hijacking of small coastal tankers by maritime pirates, averaging one attack every two weeks. Five small tankers were hijacked in South East Asian waters in the second quarter of 2015 alone, bringing the total number of vessels hijacked globally in 2015 to 13.

Globally, 134 incidents of piracy and armed robbery against ships were reported to the IMB Piracy Reporting Centre in the first six months of 2015; an increase on the 116 reports for the corresponding period in 2014.

Pirates managed to board 106 vessels and were responsible for 13 hijacking cases and 15 attempted attacks worldwide. So far in 2015, 250 crew members have been taken hostage, 14 assaulted, 10 kidnapped, nine injured and one killed.

United Nations and Somali fishing officials warned in March that a rise in illegal fishing off Somalia could spark a resurgence in piracy, nearly three years after the pirates’ last successful hijacking in the Indian Ocean.

Alan Cole, an official at the United Nations Office for Drugs and Crime, said piracy could return as criminal gangs and pirates use the rise in illegal fishing as a pretext to hijack other vessels.