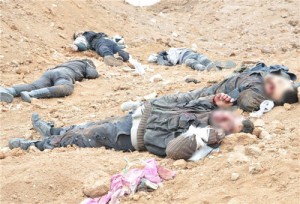 The Iraqi Ministry of Defense announced on Thursday launching a rocket attack of ISIS sites in Fallujah city affiliated to Anbar province.

The ministry said in a statement received by Shafaq News, a force of the Military Intelligence Directorate has directed missile strikes on ISIS sites in Fallujah.

The statement added that those strikes killed 21 ISIS terrorists including a leader known as Abu Abdullah of Saudi nationality , burned 3 vehicles and destroyed several headquarters.

Fallujah is one of the first cities seized by the militants since the beginning of last year, as the security forces backed by the Popular Mobilization Units and clans are trying to retake it.