You are here: Home / MidEastGulf / Military expert talks about a new phase of the air campaign against ISIS 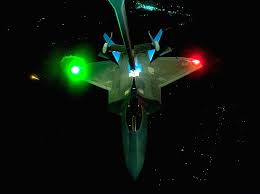 An expert on armed groups , Abdel Qader Atta said that it is likely that the air campaign against ISIS strongholds in Mosul to enter a new phase.

Atta told Shafaq News, that the international coalition will be implemented against ISIS goals in Mosul in the coming days as the air strikes will be characterized by quality and seriousness within a plan intending to weaken its military capabilities and reduce its combat potentials and eliminate once and for all the offensive initiative, which ISIS has to facilitate the task of the security forces of progress towards the city and work on liberating it with the least human and material losses.

Atta added that the aerial bombardment of the international coalition’s aircrafts destroyed about 60% of the capacity of the strategic and tactical of ISIS organization in Mosul and make it unable to do anything but hiding and take the civilians as human shields, stressing the need to use sources from inside Mosul in determining the goals of the organization to prevent losses among unarmed civilians.

ISIS organization in Mosul city has suffered heavy losses in lives and equipment over the past two weeks, as a result of the intensification of the international coalition for air raids on its fixed and mobile strongholds as the latest was this morning when the coalition shelled Share’a Court of ISIS and turned it into a pile of rubble , killing senior row leaders of ISIS in quality raids.