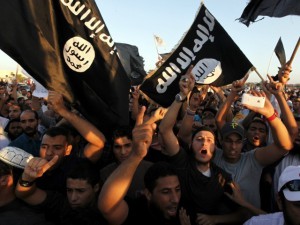 The presence of the Islamic State in Libya is a fait accompli, a top Jordanian intelligence official told Breitbart Jerusalem against the backdrop of an anti-IS summit held in Rome on Tuesday.

IS is maintaining alliances with local tribes and militias that are expected to give it a durable foothold in the country, the official said.

“IS has become a force to be reckoned with in Libya, and any attempt to set up a unity government is doomed to fail unless a clear military plan to fend it off is devised in parallel,” he said.

The organization’s gains in Libya have posed an immense challenge to Egyptian authorities, who suffer from cross-border arms smuggling, he added. “The Western powers insist on IS’s danger to Europe, but Egypt is first on the line of defense, as well as other countries in North Africa.”

Intelligence reports have shown that despite the organization’s alleged focus on the war in Syria and Iraq, as well as carrying out attacks on Western targets, IS is consistently strengthening its grip on Libya, with the goal of not only recruiting people, but turning up the heat on Egypt.

“Gaining a foothold in Egypt would be a game changer,” the intelligence official said.

Last week, Breitbart Jerusalem quoted an article in the Asharq al Awsat newspaper reporting that IS, Al Qaeda, and the Muslim Brotherhood are negotiating a merger of the Libyan contingents in a bid to preempt an international effort to impose a central government on the country, which has been torn apart since the downfall of Moammer Gaddafi in 2011.

The Rome anti-IS summit was meant to draft an action plan against the organization’s plans to increase its presence at Europe’s doorstep.

Nations fighting the Islamic State of Iraq and Syria (ISIS) discussed Tuesday how to prevent the extremist group from gaining a stranglehold in resource-rich Libya, though no one appeared resolved just yet to launch a second military intervention in the North African country this decade.

Speaking at a 23-nation conference in Rome, U.S. Secretary of State John Kerry said the last thing anyone wants “is a false caliphate with access to billions of dollars in oil revenue.” He said the U.S. and its European and Arab partners should increase security training and help Libya’s military “not just to clear territory, but to create a safe environment for the government to stand up and operate.” …