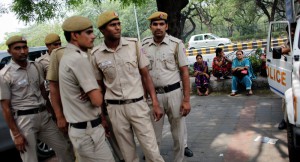 Unidentified militants attacked a police convoy in the town of Shopian in the Indian state of Kashmir and Jammu on Tuesday leaving eight people wounded, local NDTV broadcaster reported.

One serviceman and seven civilians were injured after militants threw a grenade at the convoy patrolling the town.

Earlier in the day, media reported citing government sources that at least 250 Islamic militants were hiding in India’s Kashmir region in order to revenge recent “surgical strikes” by the army of the country.

Kashmir has been disputed between India and Pakistan since the partition of India in 1947. The two countries have gone through three wars over the region, but the conflict has not been resolved. The recent escalation of violence across the India-Pakistan border came after 19 Indian soldiers died as a result of the September 18 attack by armed militants on a base outside of Srinagar, the capital of India-administered Kashmir.