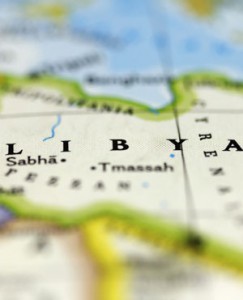 Libya said on Tuesday it has sent a special envoy to speak with the European Union about the EU’s proposed military operation to destroy the boats of migrant smugglers who increasingly set off for Europe from the chaotic north African country.

A statement shared by Libya’s mission to the United Nations says the country’s internationally recognised government “confirms its total eagerness to do its effective role in controlling the mass migration which claimed the lives of thousands of people”.

Some kind of consent from Libya is needed if the EU wants to operate in the country’s territorial waters. But the country is split into two governments, the other backed by Islamist-allied militias.

The Western-backed government says the smuggling operations are largely based in the west, which is under the other government’s control.

Now the government’s special envoy, Nuri Bait Almal, has been sent to speak with the EU, the statement from the Western-backed government says, adding that “we are looking forward for an early engagement with the European leaders”.

The statement does not say whether Libya would support an EU operation in its territorial waters or even on its shores, but it says: “We are seeking in all seriousness to cast out this phenomenon as soon as possible and to stop the flow of immigrants to EU countries.”

It also acknowledges Libya’s “inability in the current time to reduce these illegal migrations” and advocates cooperating with the EU on an action plan to end the crisis. The International Organisation for Migration estimates that more than 1 800 migrants have died or gone missing at sea on the way to Europe this year.

The 28-nation EU wants to launch its military operation next month. The operation is still in the planning stage and also requires a UN Security Council resolution for its full implementation to be legally sound. It will involve European navy ships, drones and satellite imagery.

The EU’s top diplomat, Federica Mogherini, said on Monday that since the summer high season for migrant trafficking is rapidly approaching, speed is of the essence.