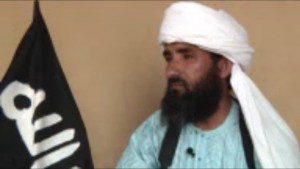 A senior Malian Islamist militant has been freed from jail in Mauritania, according to a group investigating his alleged involvement in crimes by Islamist rebels during their occupation of northern Mali.

Though driven from northern towns and cities by a French-led military operation a year later, remnants of the Islamist groups remain active.

Ansar Dine last month claimed responsibility for a series of attacks on U.N. peacekeepers and the Malian army in the capital Bamako and border areas near Ivory Coast and Mauritania.

“Freeing an individual of this calibre will obviously allow him to again take up his jihadist activities and continue to commit crimes,” Florent Geel, Africa Desk Director of the International Federation for Human Rights (FIDH), told Reuters.

Geel said FIDH had confirmed that Ould Bouamama was released from detention on Monday and his current whereabouts were unknown.

Ould Bouamama, who holds both Malian and Mauritanian citizenship, surrendered to Mauritanian authorities after fleeing Mali as French and African troops routed the Islamists.

He had been held in a secret location since 2013.

Mauritanian officials have never officially acknowledged that Ould Bouamama was being detained and could not not immediately be reached for comment on Thursday.

During their occupation of Mali’s north, the insurgents enforced a strict interpretation of Islamic sharia law, carrying out public stonings for adultery, severing the hands of accused thieves and performing forced marriages.

Ould Bouamama is under an international arrest warrant issued by Malian judicial authorities accusing him of crimes against humanity, war crimes, genocide, murder, terrorist acts and other infractions.

Mauritania failed to act on the warrant, which was transmitted to its authorities by Interpol, despite the existence of a judicial cooperation treaty between the two neighbours.

“We’re baffled by the liberation of this terrorist, who was at the forefront of the jihadist occupation,” a senior Malian military official told Reuters, asking not to be named as he was not authorised to speak to the press.

FIDH filed a criminal complaint in March on behalf of 33 victims who accuse Ould Bouamama of responsibility for crimes committed in the ancient northern city of Timbuktu, where he was based during the Islamist occupation.