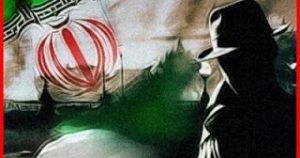 A treasure trove of documents seized by German police and obtained by the JC reveals the extent to which Tehran’s spies have infiltrated Europe, like reported by thejc.com.

The documents were found in a hire car used as a mobile intelligence station by Assadollah Assadi, an Iranian spy chief who in February was sentenced to 20 years in prison for masterminding a failed bomb attack in Paris in 2018.

The material discloses a sophisticated network of regime agents that stretches across at least 22 cities all over the continent, along with plans for terror attacks using explosives, acid and toxic pathogenic substances.

It comes as Tehran representatives met Western powers in Vienna this week to discuss ways to revive the 2015 nuclear deal, which was abandoned by President Trump in 2018. Israeli officials have reacted with alarm at the prospect of reviving the agreement, which would involve the lifting of international sanctions and risk funding the regime’s destabilising activities overseas.

The journeys, made over a period of almost four years, generally avoided the scrutiny of capital cities and were accompanied by records of hotel reservations that Assadi made himself using Booking.com. On several occasions, the spy reserved rooms in two different hotels to avoid detection.

Investigators additionally recovered a wealth of documentation disclosing the workings of the espionage network, including receipts of expenses reimbursements, records of monthly and quarterly spy salaries, and details of computers issued to agents.

Police also discovered handwritten instructions on handling, charging and arming a bomb — codenamed the PlayStation — which was to be wrapped in clingfilm with its antenna carefully positioned so it would not be triggered by a Wi-Fi signal.

The device, which Assadi carried into Europe from Iran on a commercial flight, was earmarked for a spectacular atrocity at a rally of opposition activists in Paris, attended by British and American dignitaries. It was foiled on the day of the attack by Belgian police, believed to be acting on a Mossad tip.

Europe’s intelligence community, but there are fears that it will make little difference to the continent’s policy on Iran.

“This will have no impact whatsoever on the nuclear discussions in Vienna,” said Yossi Kuperwasser, former head of Israel’s Intelligence Directorate research division and Director General of the Israel Ministry of Strategic Affairs.
“European powers are in the palm of Tehran’s hand on the nuclear issue. The Iranians know that the Europeans will take no retaliatory action, so they just do whatever they like in Europe.”

Assadi, 48, was a senior officer in Iran’s version of MI6, the Ministry of Intelligence and Security (MOIS), where he worked in Department 312, responsible for international assassinations. He was appointed third secretary at Tehran’s embassy in Vienna in 2014.

He used his diplomatic status as a cover while building up and running a spy ring, holding rendezvous with agents in 22 cities across 11 European countries before he was apprehended in his hire car on 1 July 2018.

One of the spy chief’s priorities was to monitor and undermine the activities of a coalition of exiled Iranian opposition groups, the National Council of Resistance (NCRI), and the most effective of its member organisations, the People’s Mojahedin Organisation of Iran (MEK).

The NCRI was itself listed as a terrorist organisation by the United States in 1997, but this status was removed in 2012 by the Obama administration.

The group, which enjoys influential support from American conservatives, has publicly frustrated Tehran’s plans many times over the years, most notably in 2002 when it exposed its secret nuclear sites in Natanz and Arak.
After a period of widespread civil unrest over New Year 2018 in Iran that was blamed on opposition groups, Assadi was ordered to retaliate by bombing the NCRI’s annual “Free Iran” rally in Paris, with the aim of assassinating its leader, Maryam Rajavi.

The rally was to be attended by tens of thousands of opponents of the regime, as well as British and American politicians, including former environment secretary Theresa Villiers and Rudi Giuliani, former mayor of New York.
Villiers later told the Sunday Times: “This must be a wake-up call for the international community to put more pressure on the tyrannical Iranian regime to end its destabilising support for terrorist groups around the world.”
The plot, which fully came to light in court in February, was foiled after the Mossad was believed to have tipped off European investigators, who began to investigate Assadi.

The spymaster, who had learned to handle explosives while serving in Iraq, went from Vienna to Iran repeatedly in early 2018 as the plans took shape.

In March of that year, he met Belgian-Iranian agents Amir Saadouni, 40, and his wife Nasimeh Naami, 36, on a train from Vienna to Salzburg and briefed them on the bomb plot.

The pair had been recruited in 2007 and had met Assadi regularly since 2015 to hand over intelligence about opposition activists, receiving more than €200,000 (£173,000) for their services.

Assadi then made several trips to Iran where the bomb — which contained more than one pound of triacetone triperoxide (TATP), an explosive often used by terrorists that is hard to trace — was being designed and built.
He took the device on a commercial flight from Tehran to Vienna in his diplomatic pouch, which is exempt from security screening.

The two agents departed in a grey Mercedes, unaware that they were under police surveillance.

On 30 June, the day of the attack, Saadouni and Naami were arrested by the VSSE, Belgium’s state security service, in Woluwe-Saint-Pierre near Brussels. The plastic-wrapped explosive device, which was fully primed, was found in the lining of a toiletry bag, while its remote detonator was hidden in a bag of sanitary products.

When the bomb was detonated in a controlled explosion by Dovo, Belgium’s bomb disposal unit, it was so powerful that it destroyed a robot and slightly injured an officer.

The following day, Assadi was arrested in a hire car in Germany while on his way to Austria, where he would have benefited from diplomatic immunity. The documents and evidence was recovered by investigators.
He was later extradited to Belgium to stand trial.

While in custody, Assadi audaciously warned the authorities of retaliation by armed groups loyal to Iran if he was convicted. The hearings were held partly behind closed doors, amid high security.

On 4 February, the spymaster was sentenced by an Antwerp court to 20 years in prison, in the first trial of an Iranian official for suspected terrorism in Europe since Iran’s 1979 revolution.

Both Saadouni and Naami were also found guilty, along with another Iranian national. They were sentenced to between 15 and 18 years in prison and stripped of their Belgian citizenship.

Maryam Rajavi, the NCRI leader, demanded EU sanctions on key Iranian officials. “The EU and governments must hold the regime accountable,” she said.