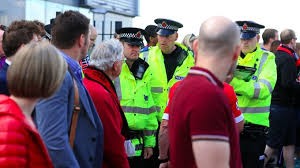 The appointment was revealed at a recent fans’ forum, and Press Association Sport understands the role will be filled by a former inspector from Greater Manchester Police’s specialist search unit, according to belfasttelegraph.co.uk .

The development comes at a time when Old Trafford’s security is under increased scrutiny.

United saw the final match of the 2015-16 season against Bournemouth called off after what proved to be a fake bomb, left behind following a training exercise, was found in a toilet.

There was another incident in November when two individuals managed to break off from a stadium tour and stay overnight at Old Trafford ahead of the match with Arsenal.

On the whole, security has been beefed up around the club since the Paris attacks in November 2015 when the Stade de France was targeted on a night when 130 were killed.

Vehicles are now routinely checked as they enter the premises, while individuals heading into the stadium are searched.

More security supervisors have been deployed after fans complained at the time it took for searches at turnstiles.