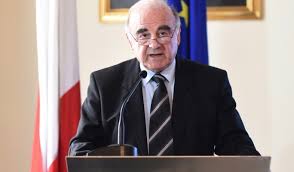 Foreign affairs minister George Vella has called on Gulf nations to mediate in Libya’ s peace talks, warning that further delays in Libya’s peacekeeping mission will only to serve to benefit extremist organisations.

While welcoming the headway made in the UN-brokered peace talks, the minister argued that Libya’s political turmoil remains “worrying,” with the resultant migratory influx reaching “alarming proportions.”

“The term of Tobruk’s parliament expires in October; whilst this side has acceded to the peacekeeping terms proposed by [UN envoy] Bernardino de Leon, the Tripoli parliament sees the proposals as being too biased and against them,” he said.

Moreover, as Libya descends into further chaos, the foreign affairs minister insisted that time is not on Libya’s side or the peacekeeping mission.

“Further delays in reaching an agreement is only to the benefit of the extremists and most of all ISIS; spoilers keep fuelling military activity,” he said.

“The threats Europe is facing from extremist groups in some areas of North Africa including Libya are not different from the ones being faced by the GCC countries, and are just an extension of the same threat.”

Notwithstanding the threat of extremists, the minister insisted that there is no other alternative to political dialogue and the observance of a cease-fire. Vella also called on Egypt and the United Arab Emirates to exercise their influence and make the Tobruk parliament accept the ‘concessions’ proposed by the Tripoli General National Congress so a new national unity government is appointed before the start of Ramadan on June 17.

Similarly, he said, the EU and the Gulf Cooperation Council should press on the parties the urgent need for a solution and to facilitate a return to normality.

The minister also said that the ongoing political turmoil in the troubled nation has led to migration levels reaching “alarming proportions.”

Welcoming the European Commission’s new agenda on migration, Vella said it was worrying that several countries – including the UK, Spain and France – have criticised the plan to impose migrant quotas on member states.

He also said that the tragic drowning of over 3,000 persons so far this year – including 800 in April alone – serves as a wake-up call to the rest of Europe, and such deaths are “shocking and weigh heavily on our conscience.”

Moreover, while welcoming the EU’s plan to destroy boats used by human traffickers, the foreign affairs minister insisted that notwithstanding the EU’s commitment, Libya’s consent remains of paramount importance.

“As yet, no consent is forthcoming from the legitimate Tobruk government. Besides, most migrants are leaving mostly from the western side of Libya – mostly Zuwara – 60 kilometres west of Tripoli, a region where the Tobruk government had no practically influence or control whatsoever. This area is under control of the GNC of Tripoli,” he continued.