You are here: Home / Mediterranean / Malta raises alarm on Russia in Libya 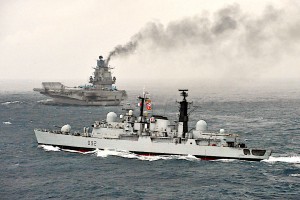 A Russian-backed Libyan warlord could start a “civil war” in Libya, increasing refugee flows to the EU, Malta has warned according to euobserver.com.

The danger comes as the Libyan commander, Khalifa Haftar, advances on Tripoli, the seat of the UN-recognised government, Malta’s foreign minister, George Vella, told press in Valletta on Friday (13 January).

“Haftar with his army is moving gradually, slowly from the east to the west … and possibly, eventually linking up with his colleagues from the west, from Zintane, and advancing in a pincer movement on the region of Bani Walid, Misrata, and Tripoli”, Vella said.

Vella also raised the alarm on Haftar’s contacts with Russia.

He said Russia had so far respected a UN embargo on weapons transfers to Libya, even though Haftar had been “going to Moscow asking for arms”.

But he added that Russia, which has funded Haftar, had a strategic interest in establishing a foothold in the central Mediterranean.

“I’m not comfortable. We all know the Russians’ dreams have always been to have [military] bases in the Mediterranean”, he said.

Haftar, on Thursday, toured Russia’s aircraft carrier, the Admiral Kuznetsov, as it was sailing from Syria.

He also held a video call with Russian defence minister Sergei Shoigu, in which they discussed “urgent issues in the fight against international terrorist groups in the Middle East”, a Russian statement said.

The EU, with the Maltese presidency at its helm for the next six months, is keen to strike a deal with the Libyan government in Tripoli, the GNA, on reducing the flow of migrants to Europe.

Libya became the primary route for asylum seekers after the EU closed the Western Balkan corridor, with the refugee crisis high on the political agenda in France and Germany.

Even without the Haftar problem, the EU was finding it hard to make headway.

Another warlord, Khalifa Ghwell, tried to stage an anti-GNA coup in Tripoli on Thursday, highlighting the fragility of the country.

“At the moment, things are not happy in Tripoli,” Malta’s Vella said on Friday.

“Libya is on the brink of becoming a failed state. Let’s hope we won’t go that far”, he said.

He aded that the GNA and Italy had held talks on a potential migrant deal, but that they were “far, far apart” in their positions.

EU foreign ministers meeting in Brussels for the first time in 2017 aim to speak mainly about the war in Syria and the Middle East Peace Process.

An EU diplomat said “there will be a debate about Russia’s role in the Syrian conflict … but no specific debate on Russia itself”. He said Libya “should be” discussed in February.

Russia has been accused of war crimes for targeting civilians and hospitals in Syria.

It is fighting on the side of the Syrian regime, which has allowed it to expand its naval base in the country.

Russia’s Syria campaign has also drawn accusations that it was trying to influence French and German politics by increasing refugee flows to Europe via Turkey.

Speaking in Brussels on Friday, the departing US ambassador to the EU, Anthony Gardner, said Russian president Vladimir Putin was not a partner for the West.

“To think that Russia is somehow seeking to promote our shared agenda is folly”, he said.

He added that it would be “inconceivable and shameful if we would consider lightening sanctions on Russia”, referring to EU and US economic sanctions, which were imposed over Russia’s invasion of Ukraine.

The incoming US president, Donald Trump, is a wild card in Russia relations, however.

He has praised Russia, but his nominees for US security chiefs have condemned its actions.

Another EU priority is to see where Trump stands on the Middle East peace process.

Trump has said he might move the US embassy from Tel Aviv, Israel’s internationally-recognised capital, to Jerusalem, which it claimed by conquest from Palestine.

“If he does all the threats he said he would, he will not just violate EU policy, but also international order”, a senior EU diplomat said.