You are here: Home / Europe / Malta: mass fraud for visas. Hundreds Libyan citizens in Europe but no one know who they are 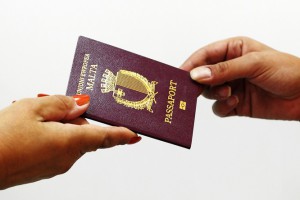 The recent Libyan visas scam, which has seen a former Labour candidate arraigned and employees of Identity Malta suspended, has now ended up at the European level after an Italian MEP asked the European Commission to investigate the matter.

Italian MEP Lara Comi has submitted a question to the Commission noting that a possible mass fraud has been discovered in Malta with relation to the residence permits racket.

“It seems that those who have requested citizenship have furnished the Maltese authorities with false information, with the help of people who have connections with the governing party. The revelations deal mainly with Libyan nationals. This issue has raised serious security issues with the Maltese.”

Ms Comi asked the Commission to investigate and verify with precision if this information was true, what the consequences were and if it could lead to security issues for Malta. She also asked the EC to verify if these shortcomings, due to a failure to observe strict regulations, could lead to new concerns about the sale of Maltese passports. She noted that the current system was approved by the European Commission on condition that the Maltese authorities would ensure an effective residency requirement. The Commission is expected to give its reply in the coming days.

The Libyan visas scam first came to light after three Libyan nationals admitted that former PL treasurer Joe Sammut helped them obtain a residency permit by creating companies with fake stocks. Mr Sammut, an accountant, was then himself arraigned on money laundering, fraud, misappropriation and forgery charges. A court heard how Mr Sammut’s company helped Libyan nationals obtain a residency permit by registering fake companies in their names. These companies did not trade and held phantom stocks, such as chocolates and clothes. The police are investigating up to 600 companies set up in this fraudulent way.

Subsequently, three Identity Malta employees were arrested last week and were suspended on full pay on Monday. The Attorney General’s Office is currently deciding on the exact charges the men will be charged with. Their arraignment is expected in the coming days.

The visas scam has rocked the credibility of Identity Malta, the national agency tasked with issuing passports, residence permits and visas. The authority is also tasked with regulating Malta’s Individual Investment Programme (IIP), dubbed the ‘citizenship-for-sale’ programme. The authority has come under fire seeing that Prime Minister Joseph Muscat, who regularly promotes the IIP abroad, had promised the most stringent due diligence process in the world. However, the authority issued residence permits to hundreds of foreign nationals who provided false information.