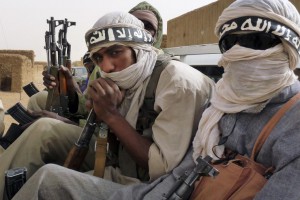 For the first time since its formation, one of Mali’s most violent Islamist extremist rebel groups is actively trying to expand internationally into Mauritania and Ivory Coast. The group, Ansar al Dine, attacked towns on Mali’s borders with both countries this past week and leaders of the group say they are planning more raids. The group’s new threat prompted forces from Ivory Coast to carry out a mission inside Mali Wednesday to try to track down the rebels who are thought to be hiding in the Sama forest.

Statements by the group’s leaders and the attacks carried out by rebels within the past week mimic those of groups like Boko Haram, the Nigerian militant group that is trying to expand from its land in Borno State into Cameroon and Chad.

The growing rebellion in the southern part of Mali comes just over one week after the Malian government and semi-moderate ethnic Tuareg rebel umbrella group signed a peace deal in Bamako. The two parties signed the deal after years of international pressure from Algeria, France and the U.N. peacekeeping mission in the country. The peace deal calls for the creation of elected regional assemblies but stops short of autonomy or federalism for northern Mali, known by locals as Azawad.

The peace deal solidified the control by Tuareg rebels in the north and forced groups like Ansar al Dine to look south.

Leaders of Ansar al Dine told Agence France-Presse that the group would “multiply the attacks in Ivory Coast, Mali and Mauritania” and accused all three countries of collaborating with “the enemies of Islam.”

Malian local media reported Wednesday that soldiers from both Mali and Ivory Coast traveling with U.N. peacekeepers initiated a search operation on the border of Ivory Coast near the town of Fakola where the rebels attacked over the weekend. Three rebels were killed in the search.

Officials did not specify if the rebels killed were affiliated with Ansar al Dine, though the rebel group is the only one active in the southern part of the country.

Ansar al Dine, designated a terrorist organization by the U.S. in 2013, formed during the Malian political turmoil in 2012. The group follows the Saudi-inspired Salafist/Wahhabism Muslim ideology even though most of the people in Mali identify with the Sufi sect — often defined as a faction of Islam that follows the inner, mystical aspects of the religion.

The group is led by the infamous former Tuareg rebel leader Iyad Ag Ghaly. (Tuareg rebels are a part of an ethnic group that lives throughout the Sahara region.) A number of its militants are Tuareg fighters who returned from Libya after fighting alongside Moammar Gadhafi’s troops.

Ansar al Dine wants to control land in Mali and elsewhere and to implement Shariah law there. Analysts say the group is closely connected to al Qaeda in the Islamic Maghreb (AQIM), which is led by Ag Ghaly’s cousin Hamada Ag Hama.

Until now, the rebel group has sought to control land in northern Mali and to create an Islamic State there. It took over several towns, seizing territory from more moderate Tuareg rebel groups, in 2012 and 2013. It still holds territory in Timbuktu and Gao.

Ansar al Dine has grown stronger over the last year, attacking military outposts and government buildings with increasing force. (It does not attack civilians.)