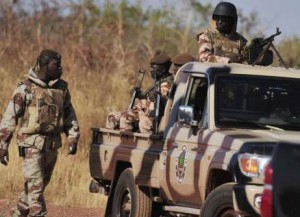 Mali’s government and a major Tuareg-led rebel alliance exchanged prisoners this week, the two sides and a UN source have said, in a move hailed as a step forward for the country’s fledgling peace process.

A total of 47 prisoners were traded between the government and the Coordination of Movements of Azawad (CMA), and marks a key bright spot for a country that despite a months-old peace deal has yet to see stability firmly entrenched.

“The Malian government freed 31 rebel prisoners and the rebels freed 16 Malian military prisoners,” an official from MINUSMA, the UN peacekeeping mission in Mali, told AFP on condition of anonymity.

The official said the prisoner exchange took place on Thursday and was carried out in an effort to “ease the peace process”.

Sources in the defence ministry and the CMA confirmed the swap.

It was not immediately clear how long the prisoners were held for, or their identities.

Despite a peace deal having been signed this year, Mali has been hit by violence in August and September between pro-government armed groups and rebel forces.

In spring 2012 northern Mali fell under the control of jihadist groups linked to Al-Qaeda who imposed a brutal interpretation of sharia law on the region, with the country reeling from a military coup.

The Islamists were largely ousted by the French-led Operation Serval launched in January 2013, although they have since launched sporadic attacks from desert hideouts on security forces.

There were hopes of a return to stability in May when northern-based loyalist militias signed a peace deal with Tuareg rebels in the area, but the deal remains fragile.