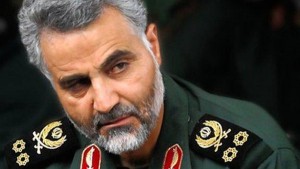 He is asking the Iraqi army and Shiite militia groups to prevent Soleimani from visiting the frontlines.

A source from Maliki’s Dawa Party bloc confirmed the news to BasNews, “Maliki has asked the Iraqi army and Shiite militia groups to prevent Soleimani from visiting frontlines, and they must not ask him for any military help.”

“Maliki’s was reacting to a statement made by an assistant of Iranian President Hassan Rouhani about the role of Iran in Iraq. Maliki believes that Iran is violating Iraqi sovereignty,” said the source.

The source went on, “The tension between Soleimani and Maliki rose after Iran stood against Maliki running for the Iraqi Prime Minister post for a third term. Iran refused to support Maliki and ignored his demands.”