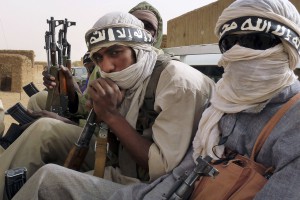 Members of an al-Qaida-linked Islamic militant group have agreed to a cease-fire in Mali at the behest of an influential imam.

A statement attributed to the group’s leader Iyad Ag Ghaly appeared on the Malijet website Sunday saying that his Ansar Dine fighters would abide by the request.

Ansar Dine, which is linked to al-Qaida, is one of the most prominent jihadist groups operating in Mali, where a French-led military operation in 2013 forced the militants from power but failed to eliminate them completely.

Ag Ghaly said his group would respect a cease-fire on Malian soil, but added that they rejected all those who don’t follow their strict interpretation of Islamic Sharia law.

The imam, Mahmoud Dicko, confirmed the authenticity of his letter requesting the cease-fire.