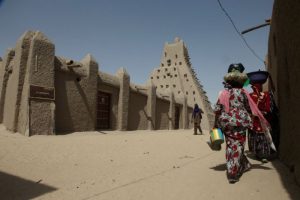 The International Criminal Court (ICC) announced that Al Hassan was surrendered to the court’s detention center in the Netherlands by Malian authorities, like reported by jurist.org.

According to the arrest warrant, he is accused of crimes against humanity in Timbuktu, Mali, as de-facto leader of the Islamic police force in 2012 and 2013.

He allegedly took part in the destruction of the mausoleums of Muslim saints in Timbuktu. He also allegedly participated in forced marriages involving Fulani women, which resulted in repeated rape and the reduction of women and girls to sexual slavery.

The International Criminal Court concludes that there is evidence to provide grounds for an arrest warrant under the reasonable belief that Al Hassan could be criminally liable under Articles 25 (3) (a) or 25 (3) (b) of the Rome Statute for crimes against humanity.

Al Hassan is expected to make an initial appearance in court later this week.