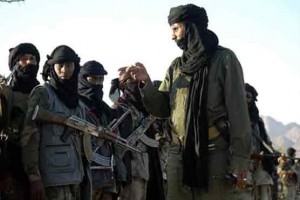 Separatists in Mali accused pro-government militia on Sunday of breaching a ceasefire signed with the government in June after the two sides briefly exchanged fire and they appealed to the UN Security Council over the incident.

An exchange of light and heavy weapons fire took place on Saturday south of Kidal in northern Mali between the Co-ordination of Azawad Movements, or CMA, and the main pro-government militia within an alliance of groups called Platform.

The CMA is a coalition led by secular Tuareg rebels who count Kidal as a stronghold, while Gatia is the main Platform militia.

“CMA officials went on Saturday afternoon to a rendezvous point to meet interlocutors from Platform. While they were waiting at the agreed point our men were attacked by a column of Platform militia,” the separatists said in a statement.

“Their escort defended themselves and there was an intense exchange of fire that lasted until nightfall,” they said, urging the Security Council as well as mediators to take note of the incident.

There was no immediate word from Platform and it was unclear whether there were casualties from the fighting.

The West African country is seeking to put an end to successive bouts of Tuareg uprisings dating back to independence from France in 1960.

Most recently, in 2012, Tuareg rebels formed an alliance with militant groups and seized the desert north until a French invasion scattered them a year later.

Despite a UN-backed deal in June, the Malian army and thousands of peacekeepers are struggling to impose order amid deep inter-communal tensions and frequent attacks by extremists.