You are here: Home / Africa / Mali: over 100 Jihadist prisoners released in apparent exchange 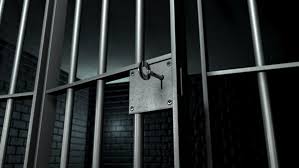 More than 100 jihadist prisoners have reportedly been released in Mali in an apparent exchange for a politician and a French aid worker, like reported by voanews.com.

Agence France-Presse reported that the release of Malian opposition leader Soumaila Cisse and French charity worker Sophie Petronin were negotiated over the weekend.

Cisse, 70, who has been runner-up in three presidential elections, was campaigning in the central area of the country in March when six members of his team were kidnapped in an attack in which his bodyguard was killed. It is believed that Cisse and his entourage were being held by a jihadist group linked to al-Qaida.

The militants who kidnapped Cisse are believed to have been seeking a prisoner exchange with the Malian government in recent months, The Associated Press reported.

Gunmen kidnapped Petronin in 2016 in the northern city of Gao. She last appeared in a proof-of-life video in 2018 where she appeared weak and emaciated.

There was no immediate comment about the exchange from Mali’s transitional government, only recently installed following a military coup in the country just more than a month ago.

Mali had been mired in months of protests led by the main opposition party, June 5 Movement, over an economic crisis, corruption and ousted President Ibrahim Boubacar Keita’s failure to quell an 8-year-old Islamic insurgency that has gained a foothold in central Mali. Anger also brewed over the results of 31 disputed legislative races held in April.