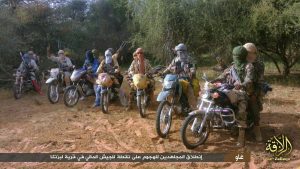 The attackers targeted four villages in Mopti region, which has seen dozens of tit-for-tat ethnic massacres as well as jihadist raids over the past few years.

Moulaye Guindo, the mayor of the commune of Bankass, released a list of victims on Thursday that put the death toll at 32.

Other officials in the area told Reuters they believed the attacks were carried out by jihadists, who often say they are defending Fulani herders against rival Dogon farmers.

“Quite a lot of armed men attacked the village (of Gouari), firing at people. Fifteen bodies were buried this morning. There are also wounded,” a local official said by phone earlier on Thursday, requesting anonymity for security reasons.

No group has claimed responsibility for the violence, which took place in an area around 30 km (19 miles) from the border with Burkina Faso.

A spokesman for the Malian army could not be reached for comment. The army has been criticised by rights groups and residents for failing to protect civilians in central Mali.