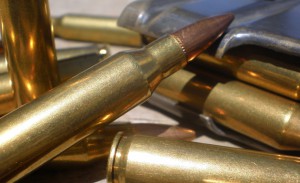 At least four suspected jihadists and a Malian soldier were killed following an attack on a UN military camp in Timbuktu in Mali’s restive north, a Malian security source said.

The assault came just a day after the fabled city celebrated the restoration of its greatest treasures — earthen mausoleums dating to mediaeval times that were destroyed during an Islamist takeover in 2012.

Hours of fighting followed the early-morning attack on the camp in the south of Timbuktu, the source said, adding that the offensive against the attackers ended in the afternoon.

“At least four terrorists were killed, including those who blew themselves up in their vehicle, (and) three Malian soldiers were wounded and one killed,” the source said.

“A Malian officer who was taking part in the hunt for the terrorists was unfortunately killed” when a wall collapsed on his armoured vehicle, the source said.

An officer taking part in a search-and sweep operation said the mission “to destroy the terrorists” had wrapped up in the southern sector of Timbuktu, around a former hotel called La Palmeraie where the UN peacekeeping mission had a base.

Two people suspected of being jihadists were arrested close to the scene of the attack, an army General Staff source in Timbuktu said.

The raid was essentially a double attack with the assailants first blowing up their vehicle at a military roadblock near the camp and a second vehicle then coming in with others who started firing.

It was a “carefully prepared” plan targeting the Nigerian contingent of MINUSMA, the UN’s peacekeeping mission, the source said.

A Nigerian peacekeeper was slightly wounded along with a civilian.

The army had reports that a vehicle being used by the suspected Islamists had “infiltrated the town of Timbuktu itself,” another military source added.

Another Malian source said the camp had recently been evacuated by police officers from Nigeria but some soldiers had remained there.

A local resident said the assailants seemed to have “really prepared their plan”.

“I believe that they first blew up their car so that MINUSMA forces would come out to inspect the damage, in order to attack them again,” he told AFP.

A Malian soldier was killed last month in an ambush on the outskirts of Timbuktu in continuing violence in the sprawling arid north of the country.

Northern Mali fell under the control of Tuareg-led rebels and jihadist groups linked to Al-Qaeda in 2012.

The Islamists sidelined the Tuareg to take sole control but were largely ousted by a French-led military operation in January 2013.

But Al-Qaeda-linked insurgents wrecked 14 of Timbuktu’s earthen shrines built during its 15th and 16th century golden age as an economic, intellectual and spiritual centre.

They considered the shrines, as well as priceless ancient manuscripts, to be idolatrous.

They also implemented a hardline version of Islamic law, forcing women to wear veils and setting whipping and stoning as punishment for transgressions.

Friday’s attack followed a ceremony on Thursday to consecrate shrines that had been restored with the help of the UN Educational, Scientific and Cultural Organisation (UNESCO).

The commemoration had been hailed as a sign of the desert city’s revival.

UNESCO director-general Irina Bokova, who visited Timbuktu in July last year, warned in a message that “the dangers were far from over.”

But seeing the buildings restored proved that “unity is possible and peace is strong,” she said.