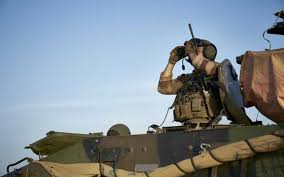 Al Qaeda-linked Islamist fighters rocketed French military bases in Kidal, Menaka and Gao in northern Mali within the space of a few hours on Monday morning, a rare sign of coordinated raids on international forces.

The camps were hit by “indirect fire”, although no deaths or injuries were reported, said Thomas Romiguier, a spokesman for French forces, who have more than 5,100 personnel spread across the region.

The only damage was to a United Nations base in Kidal, which is next to the French base, Romiguier said. The head of the U.N. mission condemned the attacks.