You are here: Home / Africa / Mali: Islamist militants ‘taken out of action’ 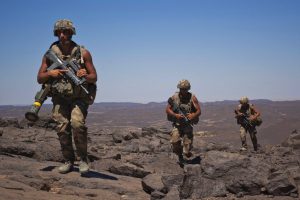 The French military has targeted Islamist militants in northern Mali near the border with Niger and took 15 militants “out of action”, an armed forces spokesman said according to reuters.com.

The operation involved French Mirage jets, attack helicopters and forces on the ground, the spokesman said, although he would not provide details on how many of the 15 militants targeted had been killed or wounded.

France intervened in Mali to ward off an offensive by Islamist militants that began in 2012. Around 4,000 of its troops remain in the region as part of Operation Barkhane, where they work alongside 10,000 U.N. peacekeepers in Mali.