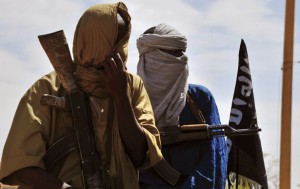 French troops in the north are leading the efforts to disarm Tuareg militias, which is one condition of the June 26 peace deal. Unofficially the French are also expected to ensure that Mali soldiers from the south (who are from different tribes and ethnic groups) do not abuse the Tuareg and Arab majority in the north.

Not all weapons are being taken as many Tuareg regularly travel the thinly populated countryside where the risk of encountering bandits or Islamic terrorists still exists. But the treaty bans unauthorized heavy weapons (machine-guns, mortars or simply more small arms than were needed to deal with bandits). Getting these weapons out of circulation also makes local conflicts (over land, family matters or whatever) less lethal.

Meanwhile the Islamic terrorists are distracted by budget problems. AQIM (Al Qaeda in the Islamic Maghreb) has long been most active terror group in the north but is now showing up in the south, mainly to deal with the growing drug smuggling operations. This is the major source of income for Islamic terrorists in the region and even Ansar Dine is getting involved. For over a decade the main product being moved north was cocaine from South America, but now opium and heroin from Afghanistan is showing up.

There is also a lot of locally produced cannabis and hashish that is also sold locally and in North Africa. AQIM has come to dominate the drug smuggling because of their ruthlessness. To deal with AQIM and their drug smuggling, an international counter-terrorism operations in Sahel (the semi-desert area just below the Sahara) are mostly in Mauritania, Mali, Niger, Chad and Burkina Faso was created after 2013.

Led by France and the United States and working closely with local forces the pressure has forced Islamic terror groups to concentrate more on raising money and avoiding detection and destruction. While some purist Islamic terrorists disagree with this approach, most Islamic terrorists understand that without cash their numbers would be a lot fewer and there would be fewer weapons and other essential items (like explosives for bombs) available.