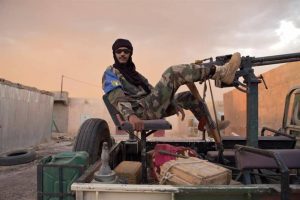 Islamic militants fired 10 mortar shells around the village of Aguelhok in the northern Mali region of Kidal, including one that exploded near a polling station set up for Sunday’s presidential election, said U.N. mission spokesman Olivier Salgado.

No one was killed, but voting was temporarily suspended after the blast, he said.

No group claimed responsibility for the attack.