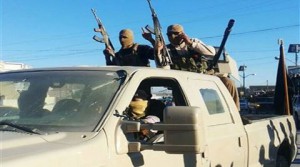 Two gunmen wearing turbans attacked a bus station in the Malian capital late on Wednesday, seriously wounding a police officer and another person, security sources and a witnesses said.

An intelligence source earlier told Reuters that two police officers had died in the attack. There was no official comment from the government.

The raid is likely to raise tension in Mali, a country that has seen a growing number of attacks by Islamists linked to al Qaeda and new militant groups that appear to be mounting a campaign against the U.N. mission and Mali’s security forces.

“I saw two men wearing turbans on foot firing in the air and walking in the direction of the police post (at the bus station),” said a witness who declined to be identified.

“They entered the police post firing. Then they left and fired inside the deserted bus station. Everyone had fled,” the witness said.

Security forces cordoned off the area and searched cars on a nearby main road, residents said.

Mali’s northern region has seen a resurgence of attacks by armed groups as well as Islamist militants who briefly held the area until they were scattered by a French military intervention in 2013.

Militant group al-Mourabitoun, which is linked to al Qaeda, on Monday claimed responsibility for a hotel siege in central Mali at the weekend in which 17 people died.

The United Nations has brokered a tenuous peace between Tuareg separatists and the government.