You are here: Home / Africa / Mali extends state of emergency until March 31 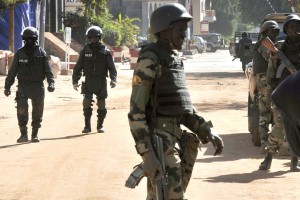 Mali has extended by three months a nationwide state of emergency initially imposed following a deadly jihadist attack on a hotel in the capital in November, officials said Wednesday.

The government on Monday submitted a bill authorizing the fresh extension to March 31 “because of serious threats to the security of persons and their property”, according to an official statement.

Mali initially declared a state of emergency after 20 people, 14 of them foreigners, were killed in an attack claimed by two jihadist groups on the Radisson Blu hotel in Bamako on November 20. It was extended twice, and the latest 10-day period was due to expire on Thursday.