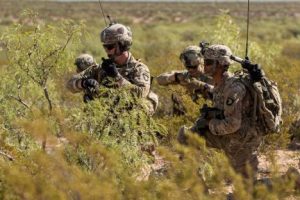 For the first time in almost two decades, the Australian Defence Force has deployed an officer to a United Nations peacekeeping mission in West Africa. The Defence Department hasn’t publicly announced the new operation or added it to its global operations map. However, an amended regulation was adopted to provide deployment benefits for personnel on ‘Operation Orenda’, which was published in the government’s August fiscal update. The latest UN data show that Australia has had a staff officer on the Multidimensional Integrated Stabilization Mission in Mali (MINUSMA) since August, like reported by aspistrategist.org.au.

Expanding Australia’s footprint to another UN peacekeeping mission is a welcome move. It hopefully reflects a renewed interest in supporting peacekeeping, while also offering a small indication of Australia’s interest in playing a leadership role in global security affairs. But like all overseas deployments in warlike conditions, it comes with risks.

MINUSMA is one of the UN’s most challenging and complex peacekeeping missions. It began on 1 July 2013 after Malian authorities requested assistance with addressing the deteriorating security situation in the country. Australia was one of the 15 nations on the Security Council that supported the creation of the mission and provided funding to support its African Union–led predecessor.

Operating in an environment with an ongoing threat of terrorism and a range of asymmetric threats, MINUSMA has suffered more casualties from malicious acts than any other current UN peacekeeping mission. A peacekeeper was killed by a roadside bomb near the town of Kidal in northern Mali only last week.

With an annual budget of just over US$1 billion and more than 15,000 military, police and civilian personnel deployed across Mali, the mission is the UN’s third largest. Its mandate has two strategic priorities: support implementation of the 2015 peace agreement and facilitate implementation of the stabilisation strategy for central Mali. The mission is also tasked with protecting civilians, supporting dialogue towards reconciliation, promoting and protecting human rights, and providing humanitarian assistance.

MINUSMA’s ability to fulfil its mandate has been complicated by the evolving political situation on the ground. In August, President Ibrahim Boubacar Keita was ousted in a military coup. While the military has agreed to put in place a transitional civilian government for 18 months, these events haven’t brought more stability (the last coup in 2012 created a governance vacuum that was exploited by terrorists to seize territory in the north). The situation has been compounded in recent weeks by the release of close to 200 jihadist militants in a prisoner exchange, which could fuel more violence and instability.

The threat environment in Mali has meant that the UN is not the only actor undertaking military operations on the ground. More than 4,500 French soldiers are deployed across the country as part of Operation Barkhane, making it France’s largest overseas deployment. The G5 Sahel (G5S) has a joint force deployed in Mali and across the Sahel region, focused on counterterrorism, cross-border crime and human trafficking. The European Union also has training and capacity-building missions in the country (although they were suspended following the coup). This plethora of actors has presented a challenge to the very nature of UN peacekeeping and raised questions about whether it is blurring the lines with counterterrorism operations. But it has also offered opportunities for personnel deployed to Mali to engage with a range of international partners in a complex operational environment.

Most of the top contributors of military and police to MINUSMA are African countries, though Bangladesh, China, Cambodia, Sri Lanka, Nepal and Indonesia have deployed from the Indo-Pacific. The mission has prompted a modest return to peacekeeping by European and other Western contributors, with the Germans, Dutch and Canadians deploying contingents in the north at various stages of the mission.

Australia hasn’t been involved in a UN peacekeeping mission in West Africa since it supported the mission in Sierra Leone in 2003. Throughout the 1980s and 1990s, the ADF regularly deployed to UN peacekeeping missions in Africa, serving in Namibia, Mozambique, Western Sahara, Ethiopia and Eritrea, Rwanda and Somalia. However, this was also a time when operational demands on the ADF were much lower.

Over the past two decades, Australia’s strategic interests have been increasingly focused on supporting deployments by allies in the Middle East and prioritising the security environment in the Indo-Pacific, which has diminished understanding and institutional knowledge about UN peacekeeping.

Australia is ranked 84th out of the 119 troop and police contributors globally. According to UN statistics from August, there are around 26 ADF personnel serving on operations in South Sudan, the Middle East and Cyprus (in addition to MINUSMA). While Australia has continued to demonstrate its support to UN peacekeeping through these deployments, as well as through training, funding and policy advocacy, deploying so few personnel on UN peacekeeping missions has increasingly restricted the pool of ADF personnel who are competitive for positions in UN headquarters, and diminished Australia’s reputation as a contemporary peacekeeping country.

It’s unclear at this stage whether the deployment of one ADF staff officer in a planning role in MINUSMA’s headquarters indicates an intent to widen Australia’s peacekeeping commitment to the mission. There was no reference to peacekeeping in the 2020 defence strategic update. Nonetheless, the government has signalled its intent to work with some other countries in the region on co-deployments.

The September 2019 Fiji–Australia Vuvale Partnership stated that both countries intended to ‘enter a peacekeeping partnership’ that would support joint deployments on missions (although plans for the ADF to deploy to the Golan Heights with Fiji have not eventuated). Similarly, in February, the government affirmed its intention to work with Indonesia ‘toward the establishment of a co-deployment to a United Nations Peacekeeping Operation’ as part of the comprehensive strategic partnership between the two countries.

Australia’s history of engagement in UN peacekeeping has shown that considerable advantages can be gained from having ADF personnel serving in these environments. The deployment to Mali enables the ADF to gain experience in another complex multinational environment with a range of regional actors on the ground. It can also strengthen key bilateral relationships and foster cooperation with diverse military and police partners, including the Europeans (notably the French and Germans) and several countries in the Indo-Pacific. These deployments also demonstrate Australia’s tangible support to the rules-based international order and the multilateral institutions it wishes to strengthen.

The contribution to MINUSMA will no doubt be well received by the UN and Australia’s regional and bilateral partners. It also offers a timely opportunity for the government to engage the public in a discussion about why Australia contributes to UN peacekeeping missions and how they support Australia’s interests.