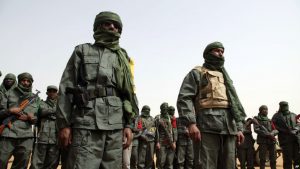 Mali’s army is to deploy patrols in an operation to fight jihadists in the country’s restive centre, according to documents and sources consulted by AFP, as the government expresses concern over extreme instability in the area.

The eventual deployment of around 1,000 soldiers is aimed at “assuring the security of people and goods as well as fighting the jihadists,” a Malian defence ministry official told AFP on condition of anonymity.

A security plan will include foot and motorbike patrols in the community, copying the modus operandi of jihadist networks in the area, according to a document outlining the measures.

Meanwhile a “mobile government” would provide basic services to populations excluded from access by living in at-risk areas, notably in the education sector, the document seen by AFP said.

The defence ministry source said the inclusion of foreign forces operating in the country could not be ruled out, though the United Nations mission, French troops and soldiers from the G5 Sahel nations operating in Mali have not confirmed they would take part.

Long-simmering inter-ethnic tensions have been exploited by Islamists in central Mali as the state has retreated, propogating violence that was once limited to the north.

In March and April 2012, jihadist groups linked to al-Qaeda seized control of the arid north of Mali, including celebrated ancient cities such as Gao and Timbuktu, centres of trans-Saharan trade and learning.

The extremists were largely driven out in a French-led military operation launched in January 2013, but large tracts of the country remain lawless.

The UN’s Mali mission is the world’s most dangerous active deployment, with more than 140 peacekeepers killed since its launch, 89 of them by enemy action.