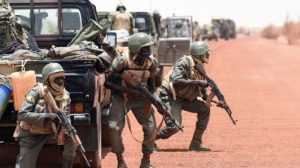 Mali’s army said that 14 extremists were killed when they allegedly attempted to escape detention. Mali’s minister of defense said the deaths will be investigated, like reported by iol.co.za.

Residents in Nielbel said that soldiers came to the market Thursday and arrested 14 people who were later taken to Dioura.