You are here: Home / Africa / Mali and Libya militants responsible for clashes, not herdsmen – Buhari 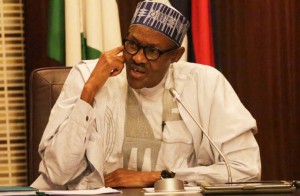 President Mohammadu Buhari has blamed the recent clashes between herdsmen and farmers on the unrest in Mali and Libya, making it possible for militants within these countries to infiltrate the herdsmen, and also for the easy passage of weapons.

The President who was represented by Vice President Yemi Osinbajo at the graduation ceremony of Senior Executive Course (SEC) 38 of the National Institute for Policy and Strategic Studies (NIPSS), Kuru, near Jos, said there was evidence to show the infiltration of militants into the folds of Nigerian herders, adding that militants running away with light and heavy arms from the troubled countries had settled among Nigerian herders but warned that criminal violence in whatever form would not be tolerated.

The National Institute, which was meant to graduate 67 participants during the ceremony, announced that one of its participants, Hajia Maimuna Abdullahi, a permanent secretary from Niger State, had died on Thursday.

The Acting Director-General of the Institute, Jonathan Juma who disclosed this at the graduation ceremony, said that the deceased would be awarded the ‘mni’ posthumously.