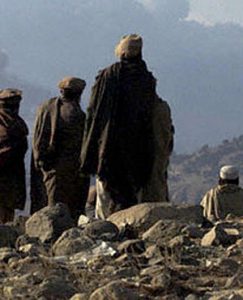 A video has been released that reportedly shows 11 Mali soldiers held hostage by an extremist group linked to al-Qaeda, like reported by news24.com.

The Islam and Muslim Support Group aired the video, dated October 1, through MENASTREAM on Wednesday.

In it the soldiers, in gray clothing, ask Mali’s government and President Ibrahim Boubacar Keita to find a solution to achieve their release.

The soldiers were captured from various locations in jihadist attacks between July 2016 and March 2017.

The video could not be independently corroborated. A Mali intelligence officer, speaking on condition of anonymity because he is not permitted to speak to the press, said Mali’s government is discussing what can be done to free the soldiers.

Jihadist groups remain in northern Mali despite being pushed from strongholds by French-backed forces in 2013.