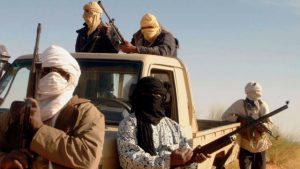 Saghid Ag Alkhoror, a field commander and leader of a sub-unit within al Qaeda’s Group for Support of Islam and Muslims (JNIM), was reportedly killed yesterday in a French operation in Mali’s northern Timbuktu region, like reported by longwarjournal.org.

JNIM has not yet issued a statement on the reports as of the time of publishing.

The French military tweeted yesterday that its forces within the counter-terrorism Operation Barkhane launched an operation that killed “five terrorists from Katibat Gourma” north of the town of Gossi in northern Mali.

France has not yet provided more information on the operation as of the time of writing, but its forces have been focusing its efforts more closely in the Liptako-Gourma area in recent weeks.

Fahad Ag Almahmoud, the secretary-general of the Imghad Tuareg Self-Defense Group and Allies (GATIA), a pro-Bamako Tuareg militia in northern Mali backed by France, later tweeted, however, that among those killed in the operation was Saghid Ag Alkhoror.

Alkhoror, also known as Abou Nasser, was the leader of JNIM’s Katibat Gourma. Katibat Gourma is named after the eponymous administrative division of Mali’s Timbuktu region and the wider region of Liptako-Gourma, which straddles sections of Mali, Burkina Faso, and Niger.

Katibat Gourma was created in 2014 as a sub-unit within one of JNIM’s main constituent groups, Ansar Dine. The jihadist battalion was initially led by Almansour Ag Alkassoum, a veteran Malian jihadist, until his death in late 2018.

Alkassoum was himself an influential jihadist among al Qaeda’s Sahelian franchises. As researcher Héni Nsaibia has noted, Alkassoum was the main interlocutor between central Malian-based JNIM units, the al Qaeda-linked Ansaroul Islam in Burkina Faso, and JNIM’s leadership in northern Mali.

French and allied forces have sometimes referred to the sub-unit as Katibat 3A for Alkassoum’s initials.

Katibat Gourma is responsible for dozens of attacks against Malian, French, and other forces along the Mali-Burkina Faso borderland since its inception.

Ag Moussa was himself killed by French forces last November in Mali’s northern Menaka region. It is unclear how long Ag Moussa acted as the emir of Katibat Gourma and indeed if he still acted in this capacity at the time of his death. It is clear, however, that Saghid Ag Alkhoror took over as emir following Ag Moussa’s stint.

Other recent Al Qaeda figures killed in the Sahel

The reported death of Saghid Ag Alkhoror follows several other important or influential al Qaeda leaders killed in the Sahel by the French in recent years.

While Ansaroul Islam is nominally independent, it was created in 2016 by a Burkinabe veteran of al Qaeda’s jihad in Mali and other Mali-based al Qaeda leaders. In more recent years, most of its elements have been officially subsumed under the wider JNIM hierarchy or defected to the Islamic State in the Greater Sahara.

In June of this year, Baye Ag Bakabo, a Tuareg jihadist linked to several kidnappings of Westerners in Mali performed by al Qaeda, was killed by French forces in northern Mali.

Meanwhile, in June 2020, the overall leader of AQIM, Abdelmalek Droukdel, was also killed in a French operation in Mali’s far northern Kidal region.

While in 2019, two other senior leaders, Abu Abdul Rahman al Sanhaji and Yahya Abu al Hammam, were also struck down by French forces.

Despite these deaths, however, al Qaeda’s forces continue to be a serious threat to security not only in Mali but in the wider Sahel region overall.