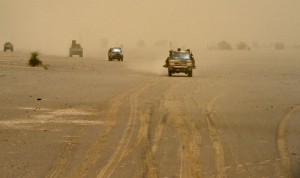 Authorities in Mali say five soldiers were killed and three others wounded when their vehicle hit a roadside bomb, like reported by ap.org.

Another military official who spoke on condition of anonymity as he was not authorized to speak to journalists said the deaths happened on the road between Diafarabe and Macina.

There was no immediately claim of responsibility, though al-Qaida-linked militants regularly stage attacks on the Malian military in that area.

A French-led military operation forced jihadists from power in major towns across Mali’s north in 2013. Since then, remnants have continued to launch attacks and the violence has moved farther south.