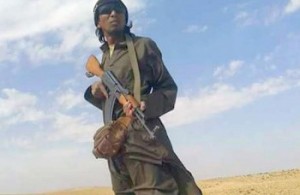 Malaysians, who earlier served as cleaners and guards at the Islamic State camps in Syria, are now being trained to become snipers and suicide bombers in Iraq as the dreaded terror group is trying to regain its hold over the war-torn country, a senior officer has said.

Malaysians, who fell prey to IS’ false promise of “jihad” and began serving as cleaners and guards, are being trained to become snipers and suicide bombers with the specific goal of regaining its grip in Iraq, Special Branch Counter Terrorism Division head Senior Asst Comm Ayub Khan said.

The Islamic State (IS), also known as ISIS and ISIL, now counted on some Malaysians to carry out its special ops missions all over Iraq.

“The presence of the IS in Syria is quite solid but the group is losing control over Iraq as many territories have fallen back to Iraqi government.

“Our intelligence show that they are relying more on Malaysians now to carry out strike missions against several key structures in Iraq,” he told The Star newspaper yesterday.

The new development came to light following the deaths of three Malaysians in Iraq, believed to be on special ops missions, Ayub was quoted as saying by the paper.

The latest deaths bring the number of Malaysians killed in Syria and Iraq to 14.

“As with some deaths involving Malaysians in both countries, it was hard to get a DNA sample to completely verify and identify the militants involved,” he said, adding that they relied on their intelligence gathering network.

At present, he said police have identified 69 Malaysians who are fighting along the IS in Syria.

“Previously, there were militants who joined other terror groups like Jabhat al-Nusra, al-Qaeda’s official affiliate in Syria. However, this trend has stopped as all of them have joined the IS,” he added.