You are here: Home / West Asia / Malaysians must be wary of threat posed by Daesh online 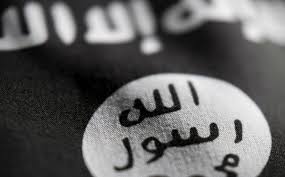 Malaysians have been reminded to be wary of the serious threat posed by the Daesh militant group, online.

Deputy Minister in the Prime Minister’s Department, Datuk Dr Ashraf Wajdi Dusuki said this was because Daesh has no specific organizational structure.

“Previously, if we arrest a leader or member of a militant group, the group will be eradicated. However, it is different with Daesh as the people can be influenced just by watching their propaganda, online,” he told reporters after opening an Islamic Development seminar and presenting letters of appointment to 337 Kelas Agama and Fardu Ain (KAFA) teachers here, Sunday.

Ashraf Wajdi said the people must be wary of happenings in their vicinity to curb the spread of the Daesh ideology in this country.

“We must tackle this issue holistically and not just rely on the security forces and the law. We have to become a part of this team,” he added.