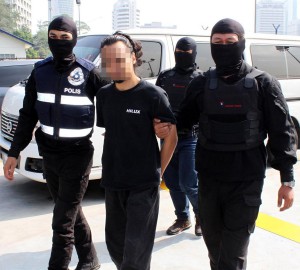 Malaysia says it is conducting background checks on all incoming Syrian refugees to ensure they are not involved with any Daesh-linked groups, while also guaranteeing them a peaceful stay.

Deputy Prime Minister Ahmad Zahid Hamidi told reporters in capital Kuala Lumpur on Sunday that so far the checks had not detected any links to the terror group.

“The screening would be carried out through the Advance Passenger Screening System with the cooperation of Interpol and the United Nations High Commissioner for Refugees [UNHCR],” he said.

To date, the country has accepted five Syrian refugees families. Prime Minister Najib Razak told the United Nations in October that Malaysia would open its doors to 3,000 Syrian migrants over the next three years to help with the ongoing refugee crisis.

“The families were brought here temporarily to live in Malaysia for a certain period of time before returning to their homeland, once Syria is peaceful,” Hamidi said.

He underlined that although the aim of the security checks is to guarantee Malaysia’s safety and security, it was also to allow refugees to temporarily carry on with their lives.

“We prioritize families of students who are already studying here, those who are working here and also Syrian professionals like doctors and engineers working here in Malaysia,” he added.

He requested that Malaysians be kind-hearted to their Syrian guests, offering them the same assistance rendered to those fleeing conflict in Bosnia Herzegovina in the 1990s.

Last month, Malaysia’s police force said it had arrested 82 people with links to Daesh — 73 of them Malaysians — in 2015 alone.

More than 10 Malaysians, including at least 14 women, have been identified as fleeing Malaysia to join Daesh movements in Iraq and Syria using neighboring countries as transit points.

As of December last year, seven had returned home to arrest.