You are here: Home / West Asia / Malaysia: Isis threat grows as police say no specific profile of those linked with terror group 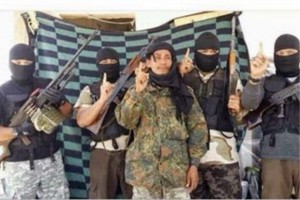 Malaysian police have warned that despite arresting a total of 112 people so far this year for suspected involvement in terrorist activities in the country, the danger of Islamic State or Daesh has not abated.

Ayob Khan Mydin Pitchay, Malaysia’s Special Branch counter terrorism unit Assistant Director said: “There are no signs of abating Daesh threats in Malaysia at the moment, and it may grow to become an ideological threat in the long term.”

“All states have recorded cases of arrest related to Daesh activities. This means there are no states in Malaysia which are free from the threat of terrorist groups,” he said at a forum organised Bangi, Selangor over the weekend, the Malay Mail Online reported.

Ayob Khan said that since the first Daesh-related arrest was made in 2013, the number of arrests have risen every year.

“The police will continue to launch operations to curb terrorist activities from time to time,” he added.

The anti-terror unit second in command also noted that there was no specific profile of those arrested for involvement in terrorist activities in the country.

On 30 October this year, two Malaysian nationals were arrested at the Kuala Lumpur International Airport for allegedly trying to join Isis in Iraq and Syria. They were deported by Turkey, where authorities there had arrested them while trying to travel to Syria.