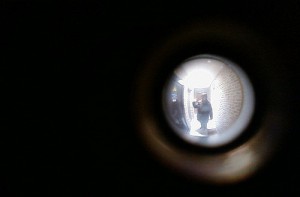 This includes monitoring the flashpoints or the areas believed to be targeted by such terror groups, especially Daish, throughout the Asia-Pacific region.

He said the decision was made at a closed-door meeting with his Australian counterpart Senator Marise Payne, during the latter’s courtesy call on him, here, this afternoon.

“It is vital for us to combat this threat because we must not allow the templates that we have seen in the Middle East at the moment to be replicated in this region.

“In view of that, I have requested for information specifically on developments on militant activities from our neighbours such as the Philippines, Thailand, Myanmar and even from China,” he told reporters after the meeting at Wisma Pertahanan.

On the South China Sea issue, Hishammuddin reiterated that Malaysia would not be involved in tackling the complexity of this issue on its own, but would do it through the engagement process with other nations.

Payne, who is on a one-day visit here, reaffirmed Australia’s position to deploy its ships and planes to oversee the situation in the South China Sea.

“We are not necessarily pleased with some observations we have made over China’s actions in the South China Sea.

“This is in tandem with what has been stated in the White Paper in ensuring that all nations have freedom to move and navigate over the sea,” she said.