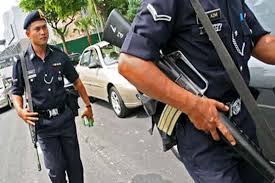 Malaysian authorities have arrested a hacker accused of stealing the personal information of more than 1,000 US security officials and giving it to the Islamic State (IS) group in Syria.

Ardit Ferizi, a citizen of Kosovo, entered Malaysia in August 2014 to study computer science and forensics at a private institute in the capital, Kuala Lumpur.

“Early investigation found the suspect communicated with one of the right-hand man (sic) of IS terrorist group in Syria to hack a few servers containing information and details of US securities personnel and team,” Malaysian police said.

“The details were then transferred to the operation unit of the IS group for further action.”

Mr Ferizi, 20, hacked into the computer system of a company in the United States and stole the personal identification information (PII) of 1,351 US military personnel and government employees, the US Justice Department said.

Between June and August this year, he allegedly provided the data to an IS member who in turn posted a Twitter message titled, “NEW: US Military AND Government HACKED by the Islamic State Hacking Division!”

The tweet contained a hyperlink to a 30-page document which said that information would be passed on to IS fighters.

The US Justice Department statement said: “This posting was intended to provide ISIL (Islamic State) supporters in the United States and elsewhere with the PII belonging to the listed government employees for the purpose of encouraging terrorist attacks against those individuals.”

Mr Ferizi, believed to be the leader of an internet hacking group called Kosova Hacker’s Security (KHS), will be extradited to the US, police said in a statement.

Although Muslim-majority Malaysia has not seen any significant militant attacks, it has arrested more than 100 citizens this year on suspicion of links to IS.

Authorities have so far identified several Malaysians who have gone to Syria and Iraq to join the extremist group.

In August, police arrested 10 Malaysians suspected of links to IS, among them six members of Malaysia’s security forces.